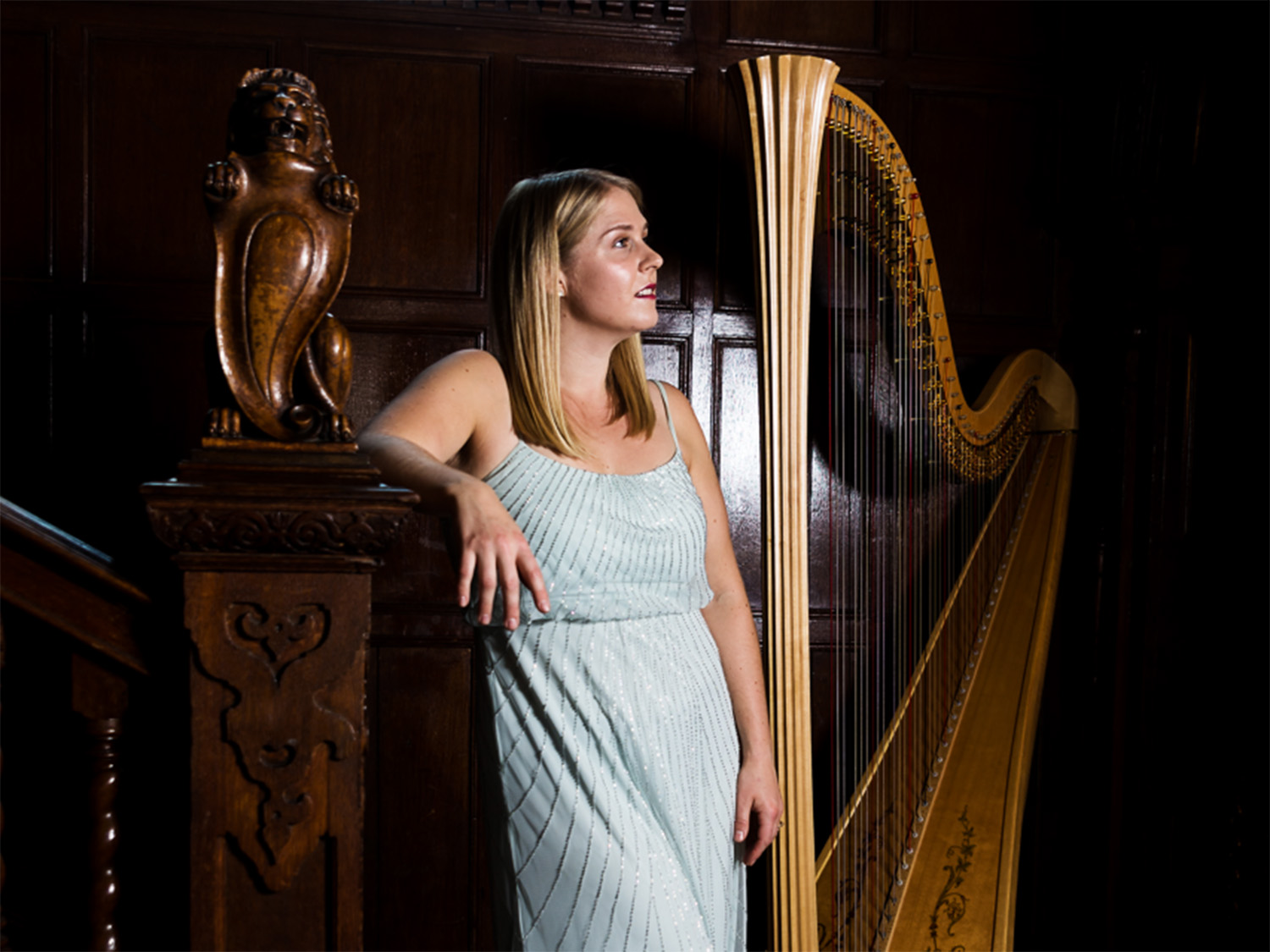 St Martin in the Fields

Known for her ability to create “an exceptionally still moment” (UKHA Magazine), City Music Foundation Artist Gwenllian Llŷr will perform some of the pieces from her highly anticipated second CD, ‘Soliloquies’. She pairs well-known composers with newer voices, including a new commission from Mared Emlyn inspired by the legend ‘Melangell’ as well as her own contemporary take on the well known hymn, Calon Lan.

This Friday Lunchtime Concert is programmed in partnership with St Martin in the Fields. Tickets for students and under 16s only £5.

Welsh harpist Gwenllian Llyr is gaining international recognition for her charismatic and engaging performances. Gwenllian was twice a prize-winner at the USA International Harp Competition in Bloomington where she was highly praised for her musicianship and her ability to connect with audiences.

She has also won many prizes more locally, including the Len Lickorish Memorial Prize for a String Player of Promise at the Royal Over-Seas League AMC 2018, as well as becoming an Artist with City Music Foundation in 2017.