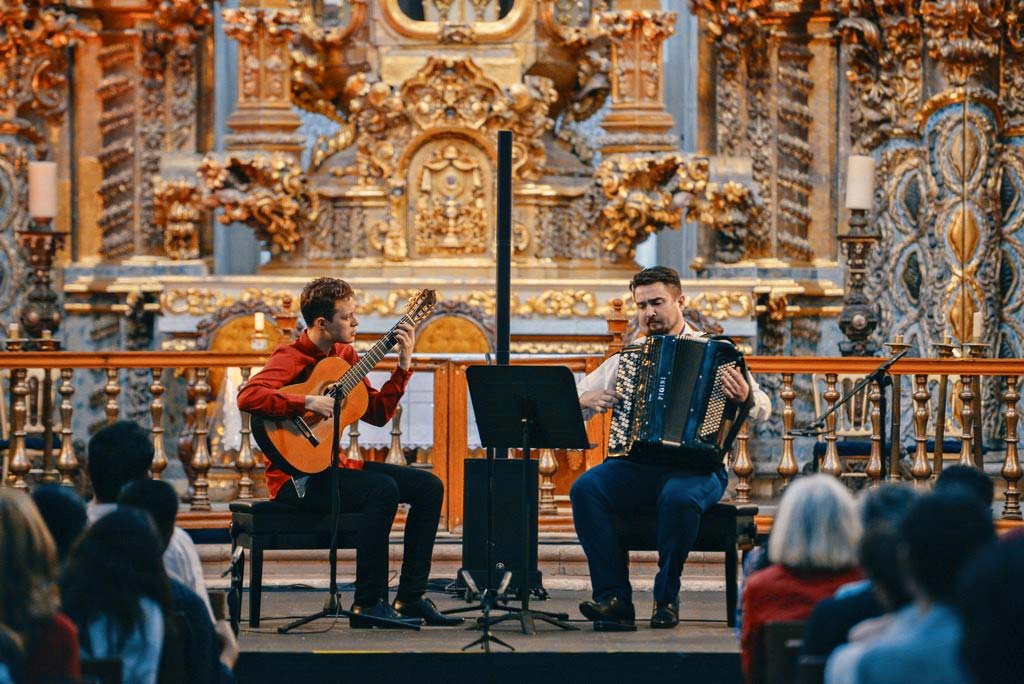 CMF recognises the importance of international experience in the development of young artists’ careers and are proud of the status of London in the musical world. The CMF International Artist Programme gives CMF the chance to extend these opportunities and networks to a musician from outside Europe.

Our first international collaboration was organised with Anglo Arts, in conjunction with the Secretaría de Cultura of Mexico. It was launched as part of the UK Mexico Year of Culture 2015.

In his six weeks in London Marcos enjoyed all the professional help and attention  we give to all CMF artists. He enjoyed lessons with Margaret Campbell, Principal Flautist of the Orchestra of the Royal Opera House, and was a featured artist in our lunchtime concert series at Barts Great Hall, performing pieces including Reinecke Concerto for Flute, Mvt 2 accompanied by CMF pianist Alexander Soares.

His performances were professionally filmed, providing Marcos with a remarkable souvenir of his six weeks in the UK, and giving him invaluable assets for the promotion of his professional career.

We also commissioned his website, helping Marcos present and share his work around the world into the future. 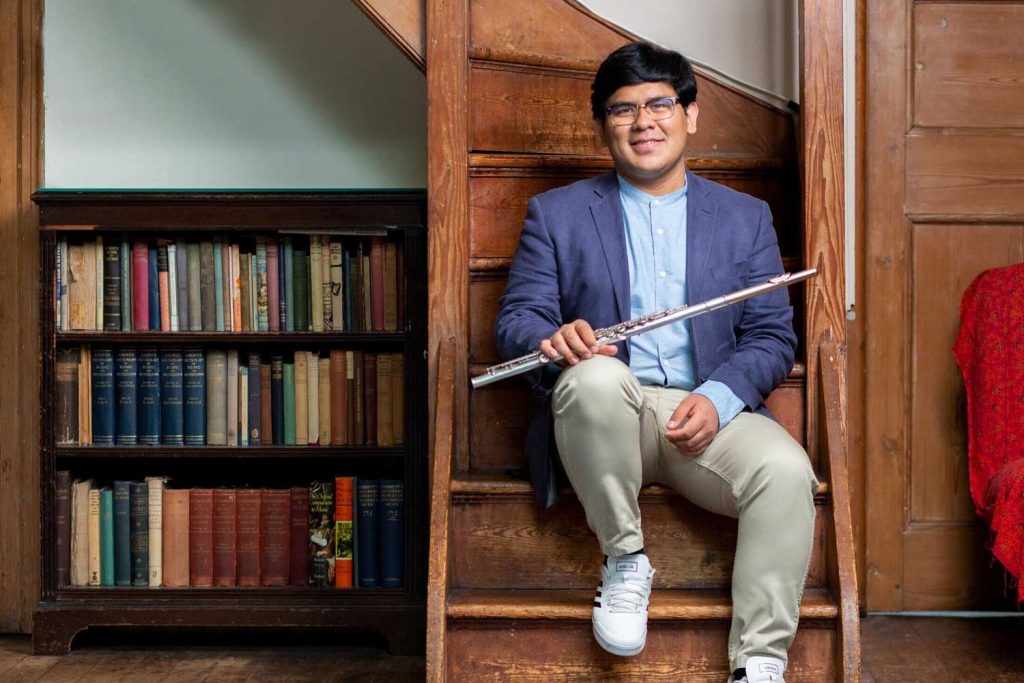 Mexican Flautist Marcos Nicolás Sosa is a recent graduate from the Carlos Chávez Orchestra and the National Conservatory of Music of Mexico, where he is currently studying for a Master’s Degree in Interpretation of Mexican Concert Music; all under the tutelage of Julieta Cedillo, principal flute of Mexico’s National Symphony.

During his studies, he was a fellow of the National System of Musical Promotion, the National Fund for Culture and the Arts, and he was Assistant Professor of Flute at the National Conservatory of Music between 2017-2018. In 2015 the Carlos Chávez Orchestra awarded him the diploma for Academic Excellence in the Main Hall of the Palacio de Bellas Artes.

Marcos has worked extensively as a soloist and orchestral musician. Recent solo performances include Mozart’s Flute Concerto No. 2 in D Major and Bach´s Brandenburg Concerto No. 4. He has played with numerous orchestras such as the Mexico Youth Symphony Orchestra, the Philharmonic Orchestra of the Americas, the Colombian Symphonic Wind Band, and has collaborated with the Bundesjugendorchester in Germany, the National Symphony Orchestra of Mexico and the Eduardo Mata Youth Orchestra , with which he toured to New York, performing at the United Nations Headquarters. Orchestral highlights include Principal flute in Mahler’s Symphony No. 1, piccolo in Stravinsky’s Firebird and alto flute in The Rite of Spring. He has participated in various festivals, including the Cervantino International Festival and Manuel Enríquez International New Music Forum.

He has participated in masterclasses given by flautists Adam Walker, Leone Buyse, and Xavier Saint-Bonnet and had lessons from Samuel Coles, Margaret Campbell, Gareth Davies, Anna Wolstenholme and Emma Halnan.

In mid October 2019, CMF Artists Andrey Lebedev (guitar) and Bartosz Glowacki (accordion) flew to Mexico for their first experience of an international tour.

Travelling cross country to Guanajuato, they performed a midday concert at Templo de la Valencia, before going on to Mexico City for a midday performance at Sala Ponce Palacio de Bellas Artes, then to Tlaxcala for their final concert Teatro Xicotencatl.

This whistle stop tour, giving them invaluable experience with touring and performing to international audiences was followed by masterclasses back at the Conservatory in Mexico before a little R&R before the return to the UK. 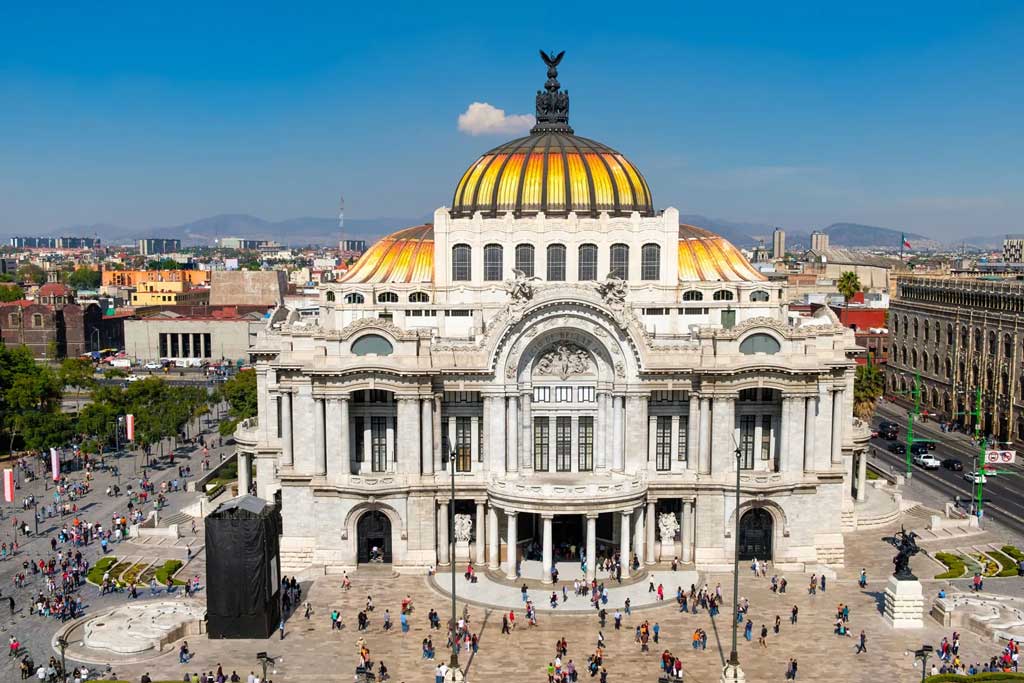 The first scholar, marimba player Eusebio Sànchez, spent two periods of six weeks in 2015 and 2016 in London, benefiting from CMF’s core professional development programme of workshops and mentoring together with other CMF Artists, as well as a bespoke programme of concerts, filming and recordings. Upon returning to Mexico, Eusebio has contributed to and developed an outreach programme.

Arguably the most important tool the CMF created for Eusebio was the recording, mastering, branding and printing of his debut album XILITLA. Inspired by the Mexican area of Las Pozas, a subtropical ‘Garden of Eden’ designed by English artist Edward James, the album intended to merge the musical worlds of Mexico and the UK. Eusebio curated the album in partnership with his CMF Mentors and was executed by CMF.

It was recorded at Livingston Studios 2 at Miloco Studios over 4 days and was produced by Gavin Barrett and engineered by Al Forbes. The marimba was kindly loaned to us by Adams Instruments, and extra percussion material was supplied by Bell Percussion.

I’m very thankful to CMF for giving me, and us, the opportunity to learn about the business mind, and secrets that will give us tools to get more opportunities in our music lives 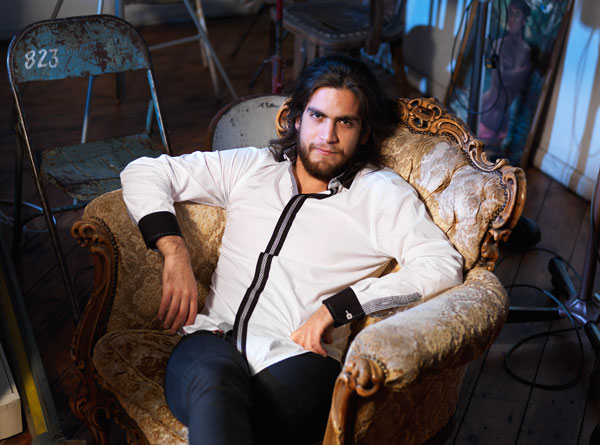 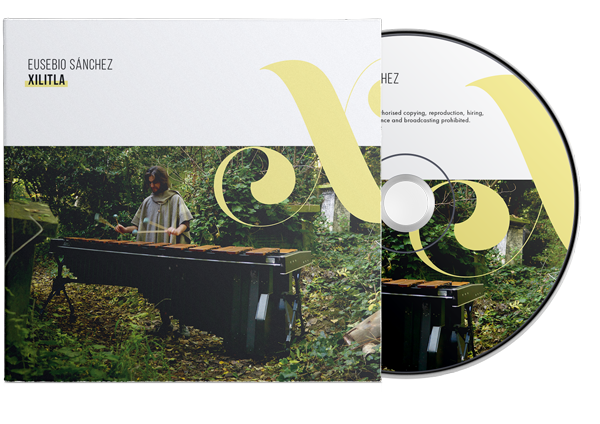 Mexican marimba player Eusebio Sánchez is known for his passionate and expressive playing that pays an important homage to his home nation. He graduated from the Escuela Superior de Música y Danza de Monterrey (ESMDM), the music school in his native city of Monterrey in Northern Mexico Sánchez has performed both in orchestras and as a recitalist in and around Cuba, Mexico, the US, as well as in Belgium. He has studied with some of the most important marimba players from around the globe such as Ludwig Albert, Makoto Nakura, Norberto Nandayapa and J. N. Zivkovic.

In addition to being an experienced performer he is a music producer, having graduated from the Instituto I Tecnológico y de Estudios Superiores de Monterrey and in the past he has recorded pieces for soloists and chamber musicians. After winning several scholarships and awards in his native Monterrey, Sánchez progressed to the International Marimba Competition in SaintTruiden, Belgium, organised by marimba virtuoso Ludwig Albert in 2014 before winning a place on the CMF International Artist Programme in 2015. Since completing the Programme in July 2016 , Eusebio has performed a number of solo, orchestral and chamber concerts across Mexico – many more than he had prior to the experience.

Our second scholar, cellist Abner Jairo Ortiz García, joined us in the Summer of 2018, again for six weeks. During his stay Jairo gave three public recitals. The first, his London debut, formed part of our Day of Music at St Bart’s Hospital (Thursday 28th June); next Jairo performed at the V&A in connection with the Frida Kahlo exhibition, an event sponsored by Anglo Arts (Monday 16th July); and he gave one of five lunchtime recitals in our annual Summer Residency at The Wallace Collection (Wednesday 25th July).

As well as performances, Jairo took part in professional development workshops, met with a host of artistic and business mentors, saw world-class artists perform in some of London’s top venues, and received lessons from renowned Swedish cellist Mats Lidström.

We also provided Jairo with a full set of professional promotional materials including a website, photos, videos, and an EP: ‘Solo Bach & Britten’. On top of all this, Jairo went to Paris to take part in a side-by-side workshop with leading period-instrument ensemble Les Siècles (conducted by François-Xavier Roth).

“My career has improved, totally, in every aspect, since being a part of this programme” 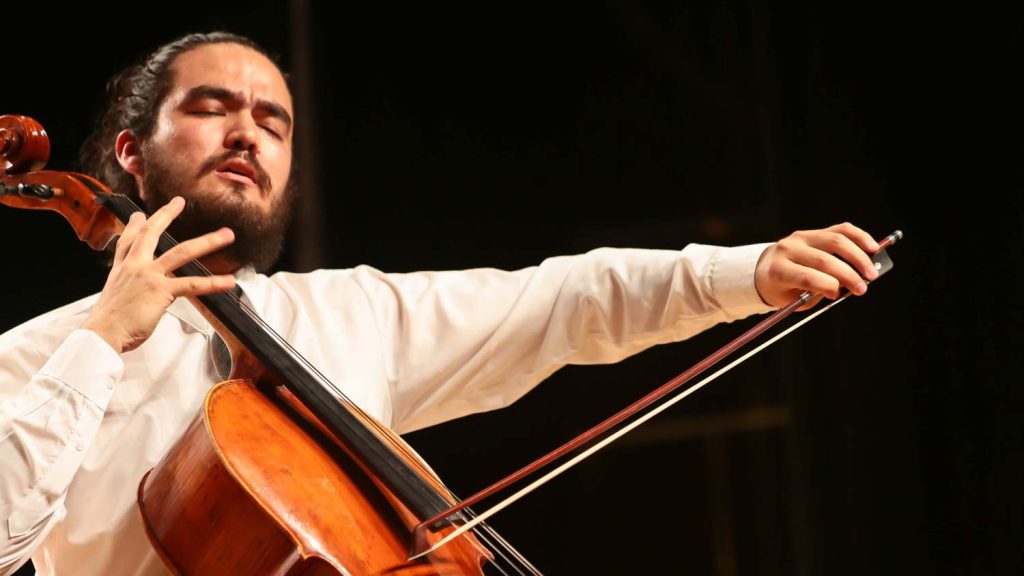 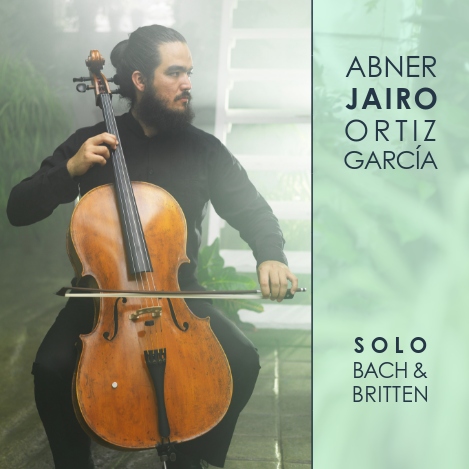 CMF is grateful for the generous support (time, expertise, and more!) of the following organisations and people:

Guildhall School of Music and Drama

In October 2017, CMF Artists the Foyle-Štšura Duo were selected to tour Mexico as ambassadors for CMF. As well as giving masterclasses, they played a number of sold-out concerts around the country, including at the Cervantino International Festival. Violinist Michael Foyle reflects fondly on their Latin experience:

We have just returned from Mexico, a tour that was drenched in sun, colour, warmth, laughter, generous people, wonderful food and, of course, our favourite music. The tour, so wonderfully coordinated by CMF and Anglo Arts, centred around the magnificent Cervantino Festival, the largest arts festival in Latin America which this year took place in the idealistically picturesque mountain-top city of Guanajuato.

Our recital there at the end of October, which was also broadcast on Mexican TV and radio, was the culmination of two weeks’ intensive travelling, performing and teaching – an unforgettable and wholly unique experience. We started off in Leon, a vibrant and artistic city, home to the majestic Matteo Herrera Concert Hall, a large venue for a recital but thrilling in which to perform. Our programme, which included Beethoven’s ‘Kreutzer’, Poulenc and Debussy Sonatas, as well as works of Prokofiev and Piazzolla, felt wonderful in the large halls and theatres we encountered.

In Irapuato, our next stop, we enjoyed giving masterclasses before our concert, and it was wonderful to meet the next generation of Mexican talent and work with them on repertoire ranging from Bach to Kurtag. In Metepec, a beautiful colonial city, we closed the “Quimera” Festival, playing in a vast arena and also in competition with the quite epic fireworks displays! The fiesta feel that evening was infectious, and it wasn’t the only night we were treated to excellent Mexican cuisine and local “mezcal”!

In Mexico City we thoroughly enjoyed performing at the Central Nacional de las Artes, as close to a perfect recital venue as imaginable. The city itself was fascinating to discover; an intriguing blend of ancient tradition and cutting-edge innovation, and it was sobering to see some of the damage of the recent earthquakes which killed 228 in that city alone. Each time those terrible events would come up in conversation, we were humbled to note the courageous response of the local people and their focus on renewal and strengthening for the future.

Mexico struck us like nowhere else on the planet that either of us has visited. Everywhere we went, we were welcomed with immeasurable warmth and hospitality and the colourful and contrasting sights and sounds live on in our thoughts and imagination.

Despite our excitement at our new projects back in the UK, our Mexico tour was hard to leave behind and we are so grateful for such a life-enhancing experience. 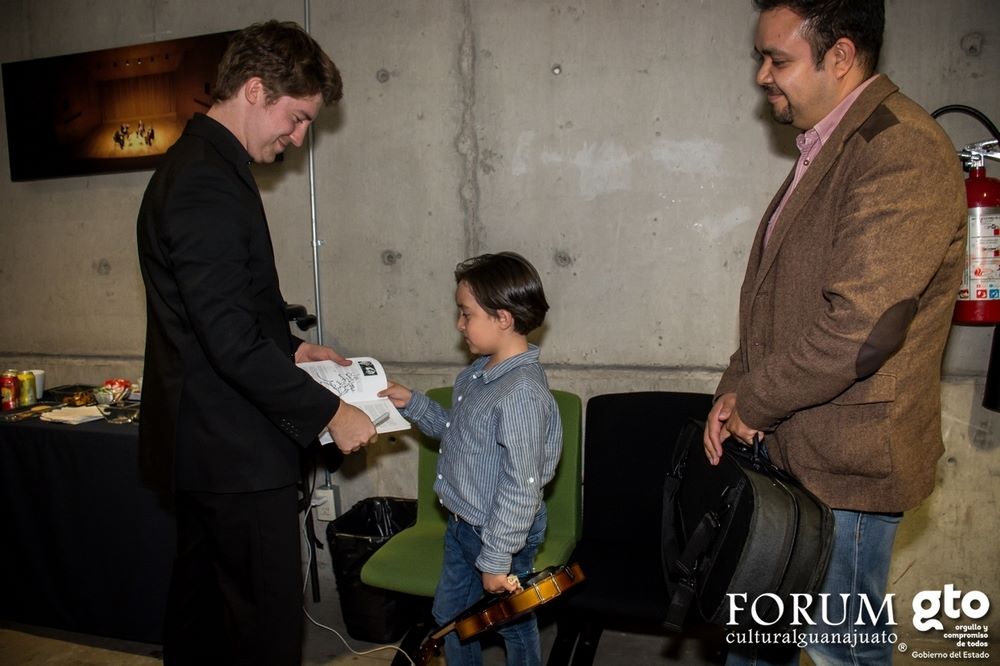 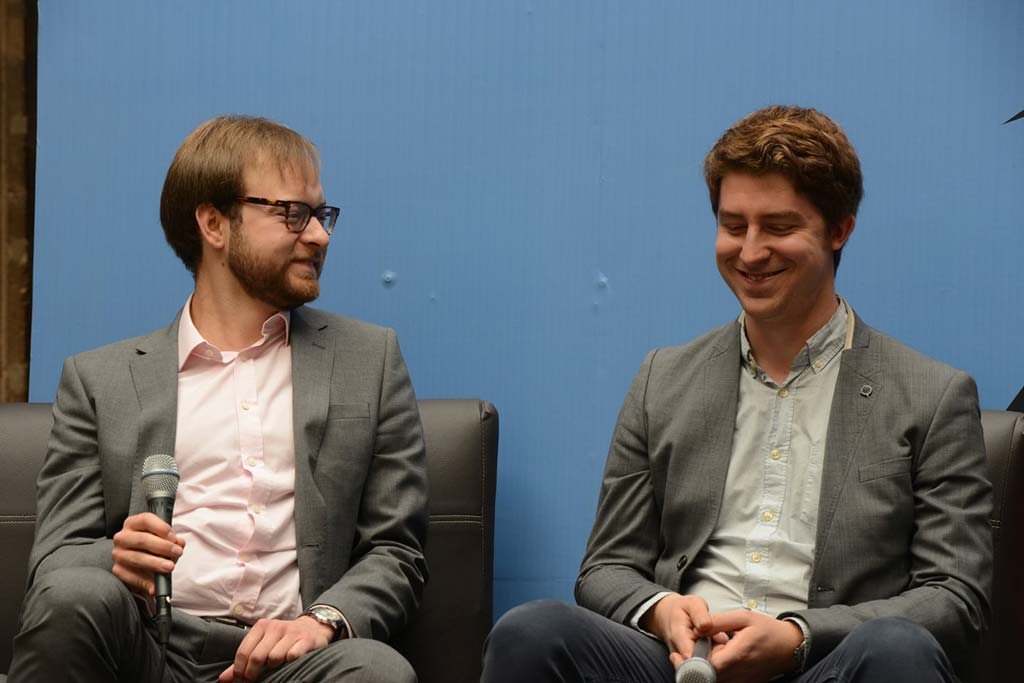 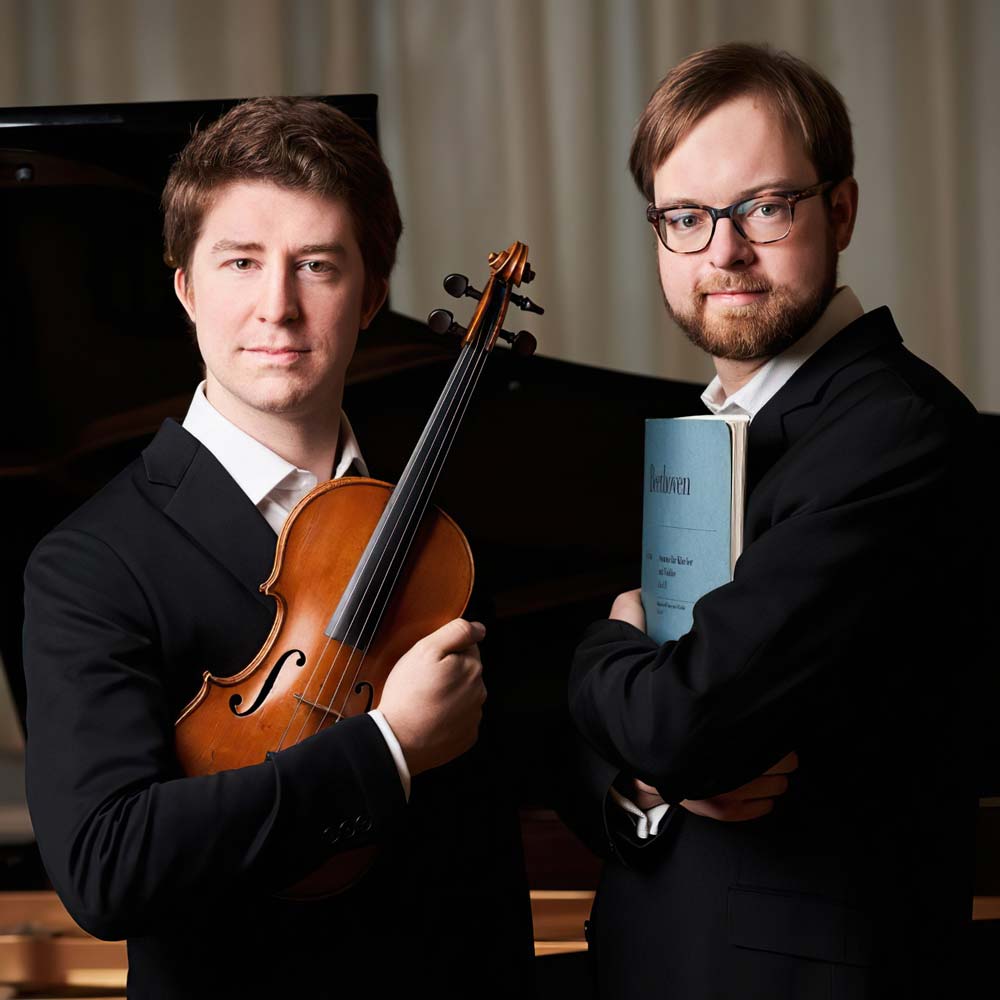